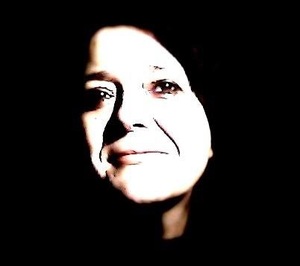 Born in Scaletta, in the province of Messina (Italy) in the 60’s she began painting under the guidance of her father. She has obtained since the times of school awards and recognitions for her paintings in Sicily until the transfer to the University of Siena and starting a university career which have marked the arrest of her artistic activity and the convergence of all energy towards scientific studies. Today is General Psychology Associate Professor at the Department of Medicine and Surgery of the University of Parma and studies how people remember. In order to understand how brain changes in the light of experience she is progressively involved in Brain Computer Interface study also with the humanoid robot NAO-H25. Neuro-Upper is the first prototype of BCI developed by his research team to treat in a non-invasive and non-pharmacological mood disorders, anxiety and improve neuropsychological performance. Many of her artworks reflect these studies (Brain, Incarnation, Waves, Embodied).
Her expressive talent resurfaced in the last three years after a long period of isolation and personal change (https://olimpiapino.wordpress.com/).
In her recent chromatic harmonies, the sign marks the space as a place of emotion and memory paths. The gesture expresses the urgency of the release and communicative projection because it is linked to profound psychic nuclei, deeply sedimented memories resurface, becoming the subject of narrative and storytelling. Transvisionism works by connecting the psychic and cosmic, the intimate movement of psychic material and celestial spaces, giving breath to perceptual gaps, dimensional horizons, availability to interference and crossings towards future new identity, always dynamic. The flicks and the brush strokes are designed to break up any static urging deepest emotions, the most vital and in which everyone can project himself. We are facing a painting that comes from the abstract-informal mixing mental representations with origin in a primordial nature to personal dream visions.