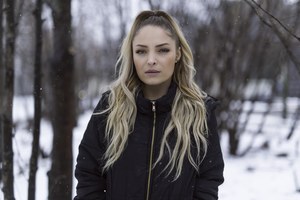 I was born 1 May 1990 and raised in Sweden in Malmö city, but im originally from Kosovo prishtina. When i was 13 years old i started drawing, a teacher noticed this and showed the pictures for her mother who was an artist she had told her tell the girl that it is a gift a talent she has. I have never gone to art school but I'm  self-taught, I consider my art as the freedom of art and see art as a development. In my paintings i often have a message behind it. I'm  not the one who is afraid to express my feelings through my art. 2017-02-28 i signed a contract with the Swedish art gallery and attend in France. "Artistes du monde cannes" i received a Diplom from France when I got back home and broke through with the painting.

"The Tiger of Different Shades"

After Cannes i was offered a contract for New York city 2018 the world's biggest exhibition in Manhattan called "Artexpo".I had the pleasure to make one more painting before New York fore a football player in Sweden Markus Rosenberg. when I got back from New York city I got a nother contract this time for Paris louvre in October 2018 .

“The Hero of Illyria”

The story behind the painting

The year it's 1405 when George kastrioti was born he was the son of Gjon kastrioti prince of Emathia. He was given hostage to the Turkish sultan. They educated him at edirne Turkey and converted him to Islam. He was given the name Iskender after Alexander the great and the rank of bay "Hence Skanderbeg" by sultan Murad II. During the defeat of the Turks 1444 in Niš skenderbeg left the Turkish Armey and joind his countrymen in Albania he reclaimed his family. The paintings colors was inspired by the Albanien flag where you can see skenderbeg in the canter of the painting, around him there is red and black bonds to represent loyalty, famely and love to hold the people together. Always remember who you are and what you are just like the puzzle pieces araund the painting we are the children of the eagle.

“The Goddess of Egypt ”

The painting symbolises a powerful and beautiful women. The goddess of Egypt is painted a part of my mom and a part of me. As a child I was raised by powerful and strong women and this was the message that I wanted to come through the painting.

“The tiger of different shades ”

The tiger of different shades was the painting I broke thru with, painted in oil and acrylic. He will look back at you where ever you stand looking at him. He symbolises power and strength.

The The Undefeated painting it's a painting of zlatan Ibrahimovic On his shirt he has Paris's football team this because I got a contract for paris louvre in October. Dreams become true keep fighting and never give up.

The painting " The legendary " was created like a tribute to Markus Rosenberg. The painting contains symbols for all teams that he has played for over the years.

When the order came in, I was told that the painting was to a football player for Malmö FF. The colors on the painting were inspired by the former clubs that he played fore. The painting will bring the feeling of memories like strength, history, beauty and love the colors together create a painting that is powerful.