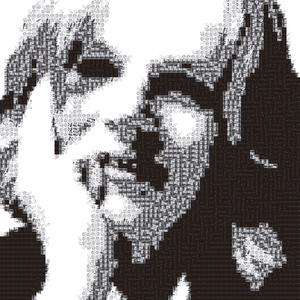 Daniel Garbade, Zurich 1957, is a photographer, painter, draftsman and sculptor. As Art Director, Prop Manager and Director of Production for Advertising and Feature Films, he worked for Warner Bros, TF 1, The Alan Ladd Company, Cóndor Films, and for films such as: Five days one summer by Fred Zinnemann or Espión lève toi by Yves Boisset among many others.
Garbade was chosen by the Dadaists of Cabaret Voltaire Zurich,to make the plaque of Bakunin's tomb in Bern. He lived in Madrid from 1983 - 2011, and again since 2016. His work was exhibited in several mayor Art Fairs such as Art Basel, Spectrum Miami, Artexpo USA, Supersetudio Piu, Milano or in Arco editions since 1984. He has been exhibited Galleries in Zurich, Lausanne, Basel, Madrid, Mexico, the United States, France and Italy. His recent exposition for the town of Toledo:” In Bed with Greco and Picasso”, at the San Sebastian, resumes very well his work: Assembling together hundreds of his own photographs and drawings he constructs new images and portraits who are directly connected to the actual work of old masters like El Greco or Pablo Picasso. Using the images like pixels he shows his work as though it would be an impressionistic painting.

In Bed with Greco and Picasso

In Bed with Greco and Picasso was a show and a book, by the Toledo Governement in september 2018.

collage of drawings on canvas