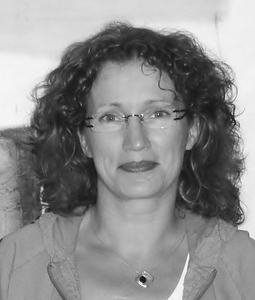 EDUCATIONAL BACKGROUND:
Graduated from VIA Design (VIA University College), Herning, Denmark in 1981
2007-2010 Attended courses in painting, graphics and drawing at Aarhus Art Academy in Denmark
2015-2016 The Sculpture School in Skanderborg, Denmark v/Thomas Andersson

CURATOR:
Curator at the exhibition ” Glimpse from the Faroe Islands”, Dronninglund Art Center 2017
2019-2021: For a 3-year period, member of the censorship jury of the annual exhibition “Várframsýningin”, which takes place at The National Museum of Art, Faroe Islands (Listasavn Føroya).

ARTIST STATEMENT:
I come from the Faroe Islands. The Faroese nature is an ongoing theme in my works. My upbringing on the Faroe Islands has made a deep trace into my soul and given me something that I find difficult to explain with words. The nature, the weather, the light, the silence, the storms, the mountains, the sea, the clouds - everything is so different.
The climate on the Faroe Islands is hard and the weather is very changeable, which is clearly reflected in my works. I love the Faroese autumn with the drizzle, fog and the mountains that adorn the colors of autumn. There is also some fear indulging in the winter´s weather and storms, where the sky and the sea sometimes stand in one. The spring's fleeting and poetic colors, where it all begins again, and the summer's bright nights is also something very special.
There are both abstract and recognizable elements in my paintings that create some kind of recognition with reference to the nature. My motifs float somewhere between the abstract and the recognizable, where mountains, rocks, sea, water, clouds, horizon glimpse - disappear, melt together and can be seen again.
You do not get a definite answer to what it is you see. It is the drama between the abstract and the recognizable that occupies me.
My artistic practice includes painting, graphics, drawing and sculpture. It is not a production form where I make "nice" works. To me, it is about translating and expressing my ideas. The satisfaction comes when I see the results of my efforts accomplished in a work. I hope my works awake people's curiosity and imagination, and that the works opens up a space that leaves an option of interpretation.
Over the years I have participated in numerous exhibitions in Cultural Centers, Art Museums, Art Fairs and Galleries in the Faroe Islands, Iceland, Greenland, Denmark, Sweden and Spain.