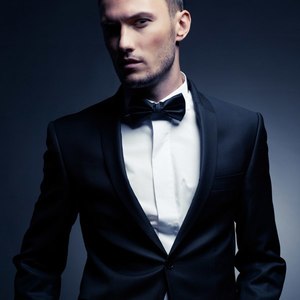 Born in Nizhny Tagil, Russia in 1985. In 2004 he graduated from the Ural College of Arts and Crafts with honors where he majored in environmental design.

Up to 2007 he worked as an interior designer. He participated and became a prize winner of Russian national contests of architecture and design. His works were published in professional books and periodicals for architects and designers by such publishing houses as Tatlin and Univer Press.

Since 2008 he has been taking part in well-known international photo contests such as Photography Masters Cup (USA), The Spider Awards (USA), National Portrait Gallery Awards (UK), Maestro Photo Contest (Russia). In 2011 George Mayer won the Russian photo contest Young Photographers of Russia. The contest projects were exhibited in Kazan, Moscow, at the international art festival in Marsciano (Italy) and were published in professional editions. In 2011 George was the winner of the photo contest The Spider Awards (USA) where he won Photographer of the Year, Outstanding Achievements in Black-and-White Photography.

In 2011 George Mayer arranged his first personal exhibition in FotoliaLAB Gallery (Berlin, Germany). In 2012 he was a finalist of the contest Young Photographers of Russia after which he was admitted to the Union of Russian Art Photographers. In the same year he was nominated for the award in the photo contest Sony World Photography Awards, the exhibition was held in Somerset House (London, UK).

In 2015 he participated in the project Perfumer organized by the art center Perinnye Ryady in St. Petersburg (Russia). With his project “Shadows” he won Photographer of the Year at International Photography Awards. The award ceremony took place in Carnegie Hall (New York, USA). George was nominated for the first prize of IPA and Lucie Awards statuette.

In 2017 George won one of the most prestigious world photography contests «Sony World Photography Awards» where the project Light. Shadows. Perfect woman.» took the first prize among the professionals in nomination «Portraiture». After winning the project «Light. Shadows. Perfect woman.» was published in numerous specialized European editions about photography. The SONY company gave a grant for the project «Libido & Mortido», the portraits from this project were exhibited in Somerset House, London.

Along with art photography George Mayer works in commercial and fashion photography. Since 2009 he has been collaborating with internationally recognized modeling agencies and stylists. Thanks to this his works are regularly published in Russian and foreign fashion magazines. Among the companies that have bought photos by George Mayer are Adobe, Atlantic Records, Alfa Romeo, Lalique and others.

His photographs can be seen on covers of dozens of music CDs by such popular foreign singers as Chris Brown, «Buller for my Valentine», «Operator». And also one can see photos by George on books by acknowledged Russian and foreign writers and playwrights. Among them are the Nobel Prize winner in literature Mario Vargas Llosa and the famous French writer Bernard Werber. Some photos were also bought by Netflix for the film «Bright» (2017) starring Will Smith and some photos were bought by the MGM Television for the cult-favourite series «Fargo».

George hasn't uploaded any images yet. Please check back soon!