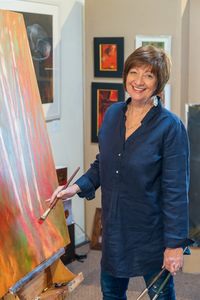 Catherine has been an established artist in central Victoria Australia since 1886 and is the winner of over 30 art awards.
Winning the Castlemaine sculpture prize in 2008, 2010, 2018 and successfully exhibiting with the Association of Sculpture Victoria as well as being selected for the Tesslaar sculpture exhibition and the Melbourne International Garden Show.
Catherine’s paintings and sculptures are diverse in the subject manner and her recently in 2015 studied sculpture at the Florence Academia Italy. Exhibited in September 2019 Grimundi Gallery Manhattan USA