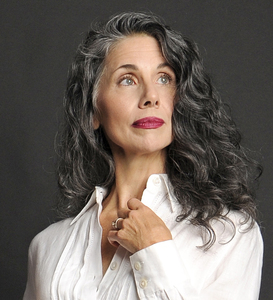 The nude as an art form has always resonated with Lisa. As a teenager, her first life drawing of a dancer was purchased by an art collector. While attending Temple University’s Tyler School of Art and then the Milwaukee Institute of Art and Design, Lisa continued to draw the nude model regularly. After receiving a Bachelor of Fine Arts degree, she further developed her visual communication skills by graphically designing and technically illustrating on a consecutive full-time basis for an advertising agency, a design firm and a corporate marketing department in a global organization. As a ZUMBA® dance leader, she created her own choreography which served to enrich her artistic anatomy knowledge and expressive design of human form. Painting full-time in her Florida studio, her elegant, delicate and timeless allegorical nudes evoke the dignity yet vulnerability of our shared human condition keeping Lisa at the easel.

Capella is the first allegorical nude in this series. She is named after one of the biggest, brightest stars that can be seen in our night sky. She allegorically represents the innocence of youth.

Callisto is the second allegorical nude in this series. She is named after one of Jupiter's moons that scientists believe may have an underground ocean. She allegorically represents the adventures of adolescence.

'Study for Canopus' is a head study in graphite on polyester drafting film in preparation for the third figure painting in my series honoring all nude artist's models. Before beginning the full nude figure of Canopus, I made this study to help me execute the relevant passages of her head in the final painting.