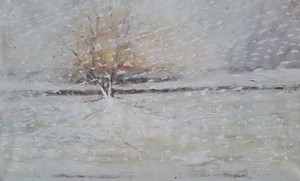 Charles is a Classical Artist reintroducing Classical Art, and its standards back into people’s lives. A prize-winner who trained at the Royal Academy of Arts in London, his work has been on a world tour, and he has staged masterclasses and lectures across the globe. He teaches lost skills and standards today. While accustomed to being filmed and presenting Talks to large audiences, his shows, works, and classes, have also received major television coverage. These have included the BBC 6.0 clock news, BBC Scotland Television, Sky Television, Russian State Television, RAI Television Italy. And last Spring he was featured on Vietnam National Television.