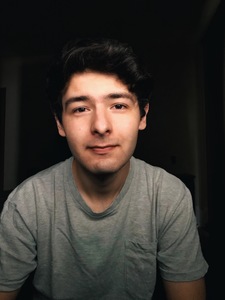 He began his digital art journey in 2018. He has collaborated with Mexican brands such as Tec de Monterrey, Scribe México, and Cuarta Pared Theatre Laboratory. Brands like Champion (LA) and Broadway and Off-Broadway productions of Dear Evan Hansen and Avenue Q noticed his work. His art has been seen in countries such as India, the United States of America, the United Kingdom, Brazil, and Australia.

He has directed multiple short films including an animated stop motion film “The Last Treasure”.

PEOPLE is a collection of digital illustrations made by Alex Carrillo.
These pieces represent the embracement of ourselves as individuals.