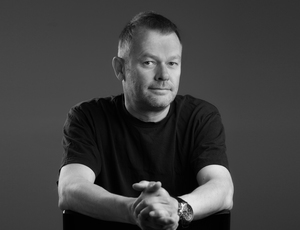 Elmer Laahne was born in 1969 in Norway, he works as a freelance stills photographer creating images for organizations, corporations and book publishers. He works extensively with his own photographic art projects.

By profession he is a film cinematographer. Since his early youth he has photographed, landscapes people, and objects. His inspiration comes from the love of nature and the pioneering landscape photographers such as Ansel Adams and Edward Weston. Hyper realism and also surrealism, shape his other artistic creations, by combing many layers and photos into one image, sometimes building and painting props to merge them into the final image. To tell a story, subtly.

He has received national and international awards for his photo work. Laahne first photo exhibition was held in the Tatler building, Oslo, May to August 2004 , in conjunction with the release of the book “The Forgotten People».

Elmer Laahne also portrayed the leading Norwegian neuro scientists for the exhibition, and the book “Mind Gap” in 2012 , for the Norwegian Technical Museum. Amongst them, the winner of The 2014 Nobel Prize in Medicine, May-Britt Moser.

Elmer Laahne has 27 years of experience as a professional photographer. On behalf of national and international employers, he has traveled to more than 80 countries, covering a wide range of topics, among them war, famine and general conflicts. And created a large number of documentaries , features, and magazine contributions, and exhibitions.

A World Of White

White on white. I came up with the idea to create still life scenes with only white elements, and just some color to make them stand out. With a sublime underlying message.

“A Dinner With Eve”

A play on myth, icons, culture, religion and the contemporary.

A kind of a poke if you like to modern art.

“The Jing and Jang Bulb”

The old Asian symbol of balance, here merged into an electric bulb, hovering above the surface.

The famous coke bottle and it´s dominance in modern culture.

A series of various artworks. All having real elements to them, but displayed in a surreal setting. A make believe world, but with content of contemporary themes and trends.

This artwork is a play around the legendary ghost ship which was said to never be able to make port, doomed to sail the oceans forever. The flying Dutchman. My idea was to create a modern take on the legendary theme.