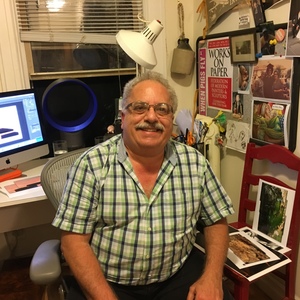 My fascination has always been in taking the tool of the Impressionists and early compositional photographers and moving the photograph into the realm of 'true art'.

Working only outdoors with available light I capture the visual juxtaposition of the shadows that play within a compositional 'color' palette. Dimensionality or lack thereof is a product of this interplay. Dimension and shadow increase during the assembly process taking my 2 dimensional compositions and adding depth. Now light & shadow play a new role in creating a 3 dimensional finished work. The assembly rests on a wall, which is now also part of the paradigm.