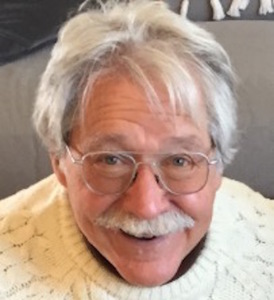 Joel Joseph studied drawing and painting as a young artist for many years at the Cleveland Museum of Art. At Northwestern University, Joseph studied art and was taken under the wing of George Cohen, chairman of the art department. Cohen became Joseph’s mentor and guided Joseph’s independent study in 1968 and 1969. Cohen introduced Joseph to many artists, included noted social realist Ben Shahn, and to many galleries and museums in Chicago. Cohen, himself a well-known surrealistic painter, was a founding member of the Museum of Contemporary Art in Chicago. Cohen’s inspirational work can be found in permanent collections, including the Museum of Contemporary Art, the Museum of Modern Art in New York, the San Francisco Museum of Modern Art, the Carnegie Mellon Museum in Pittsburgh, the Minneapolis Museum of American Arts and the Hirschhorn Collection in Washington, D.C. Cohen had an exceptionally strong influence on Joseph’s development as a political artist.

After graduating from Northwestern University, Joseph studied silkscreen printing from Clifford Chieffo, the head of the art department at Georgetown University in Washington, D.C.

Joseph was an “Artist for McGovern” in 1972 and exhibited in New York and Washington D.C. with Andy Warhol and other artistss to raise funds for Senator McGovern’s presidential campaign.

Joseph won two awards from West Publishing Company’s “Art and the Law” competition, a nationally recognized, juried annual art show in 1972 and 1973. West purchased two of Joseph’s prints which West later published in book form with other winners of the award.

Joseph participated in a group show at Baltimore Museum of Art, in 1974. His print “Migration” was purchased by the museum.

Joseph participated in a group show “American Painters in Paris,” in 1975 in Paris, France.

Joseph’s works have been displayed and sold by galleries in Washington, D.C., Los Angeles, New York and London.

In 2017, Joseph sold “Trump’s Russian Roulette to art collector Blake Byrne who is on the board of directors of the Museum of Contemporary Art, Los Angeles.

In 2018, Joseph was selected by Cynthia Corbett of the Cynthia Corbett Gallery in London, England to be in the Open Show at the Los Angeles Artists Association show December 15, 2018 to January 11, 2019.

Education:
Northwestern University, Georgetown University, studied under head of art departments at both universities.
Studied at Cleveland Museum of Art

This portfolio is political art, for gun control, against Donald Trump, against pollution.

The U.S. electoral college is anti-democratic, an anachronistic game.

We are killing ourselves with plastic pollution

Too many people have too many guns