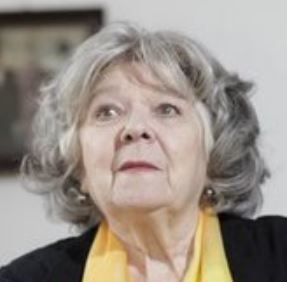 According to the current theory of art, we could call the specificity of Bedřiška Znojemská's modern symbolism "iconic symbolism", ie based on such a concept of symbol, where the painter is based on the depiction of a certain object, figure as a "pattern" (eg. a figure becomes a sign). on the one hand, it relies on a secretive allegorical idea in the painting.

Exhibitions: Portugal, California, France, Switzerland, England, Canada, Germany and Sweden.
She has won eleven international diplomas and awards, and in Stockholm she is awarded a gold medal at the World's Fair of "Great Talents".