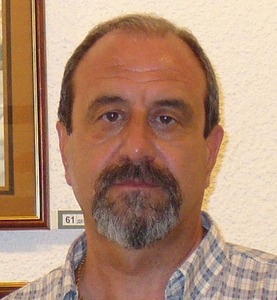 Born August 15, 1957 in Lovech.
In 1976 graduated from the Art School of Fine Arts in Kazanlak.
From 1979 to 1991 he was artist in ACS Lovech.
She was also a spatial layout of the stores and shop design, plastic advertising, logo and mural painting.
There are three completed mural works in Lovech schools.
Participated in regional, urban and collective exhibitions at home and Lovech.
Works only watercolor as his works are in private collections in France, Holland, Austria, Germany, Spain and Bulgaria.
EXHIBITIONS:

watercolor is my life

Mitko Yankov-watercolor works only, having made ??15 solo exhibitions in Bulgaria. Experimenting with watercolors, looking effects and all instruments Colorful artist.