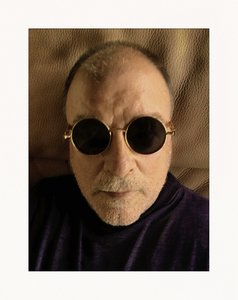 Scott MacLeay began his career in Vancouver in the late 70s and started experimenting with video in the early 80s at the American Center in Paris where he founded the photography department and later became Director of the Center for Media Art and Photography.
During his 30 years in Paris he worked in the fields of photography, video and music creating and producing experimental works in collaboration with video artists, dancers and choreographers. His photographic works have been widely published and exhibited in museums and galleries worldwide.
After moving to Brazil in 2010, he began focusing on new media creations in photography and video art, with a particular interest in interactive online creations. He also began curating exhibitions for Brazilian artists in museums and galleries in several state capitals.
He is the author of a series of essays entitled Thinking, Seeing, Feeling: Perception and Process in Photography (Editora Photos 2015) as well as of two collections of his works: Quadrichromie 1978-1988 (Creative Process 2018) and the interactive media book Encounters in the Right and Left Hemispheres (Creative Process 2020).