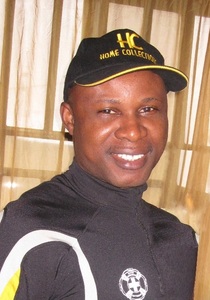 i am benedict edet, a professional artist from akwa ibom state practising at abuja, nigeria. studied fine and applied arts at the university of nigeria, nsukka, between 1985 and 1990 graduating with a second class upper division and specializing in painting.
born on the 16th of october, 1964 at onike, yaba, in lagos, south west nigeria to mr, alphonsus thomas edet, who till his death in 1982, was a french teacher at the st. timothy,s college, iwaya, lagos, though also literate in greek and latin had settled at lagos with his then wife, anna, a trader at the popular tejuosho market, before the beginning of the biafran civil war in 1967.
while i attended the st. patrick,s catholic school, yaba, from 1970, i noticed i had developed a keen interest in drawing, i was making pencil sketches on my school notebooks with special inspiration from comic books like spider man, captain america, hulk, etc. i was also inspired by kenny adamson, a painter that lived in the neigbhourhood a few houses away. i would peep through his no. 7, majaro street studio and watched him paint for hours and then would collect left over squeezed paint tubes he threw away to work with and in 1979 i made my first painting,a portrait in acrylics.
after my father,s death in 1982, i left lagos to calabar, where i was admitted to continue my secondary school education at the hope waddell training institute.
during my years of study at the university of nigeria, nsukka, under professor obiora udechukwu and professor el anatsui, especially, i began to develop a personal style of painting that had underlying influences from broken or cracked wall tiles as i was fascinated by the geometrically sinuous nature of the lines created by the cracks.
i have participated in many solo and joint exhibitions after my graduation in 1990, some of which are listed below;
RAINBOWS solo art exhibition in november 1998 by benedict edet at the transcorp hilton hotel, abuja.

Joint art exhibition in april, 2001 by benedict edet and chinze ojobo at the sheraton hotels and towers.

AKA group art exhibition in march, 1989, organised by the nsukka school of art at the university of nigeria, nsukka.

'civilisation in retrogress' solo art exhibition by benedict edet at the continuing education centre, university of nigeria, nsukka in april, 1987.

ECOWAS group art exhibition at the ecowas secretariat, asokoro, abuja in may, 2005.

most of my works are in oils and mixed media, they are also mostly in geometric abstraction and my source of inspiration and theme for my paintings for some time now has been the bible and with some elements of my nigerian cultural background adding an african flavor to my works.

africans regale themselves to an evening performance from an acrobatic dancer

about the retrogression and decadence in our society

“beauty, the mirror and the sun”

“his eye is on the sparrow”