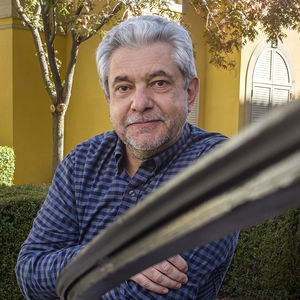 Raf Willems is a Belgian photographer with 25 years of experience in advertising, portrait and lifestyle photography. In 2013 Raf bought his first drone and soon became a pioneer in low altitude aerial photography. The combination of his experience with composition and lighting, with the opportunity of putting a camera in places where it was not possible before, resulted in a new way of looking at things, it literally opened new perspectives. In 2017 Raf was listed in the top 20 of best aerial photographers worldwide. Raf holds a Master Degree in Visual Arts from the prestigious LUCA School of Arts in Brussels. After having worked and lived in Belgium, South Africa and Brazil, Raf is currently based in Henderson NV since 2017. His aerial photos have been published in magazines like National Geographic, his work has been exhibited all over the world, and his images have been awarded by the Florida Museum of Photographic Art, International Color Awards, One Eye Land, Texas Photographic Society, Siena International Photography Awards and many more.