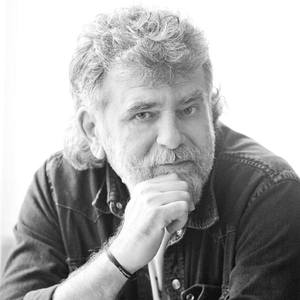 I have been working with enamel painting techniques for nearly 25 years.
Both the material and the techniques are magical. During the process of gaining the proper skills, the individual technique of the artist is forming, developing until they find their unique feature which is like a fingerprint. Then the style is born. In my case, my attraction to history led me to the historical style, to the adaption of myths and legends. I like to visit the fields of the most particular styles and trends. It is a challenge, a kind of deepening to elaborate a topic in renaissance or art deco style or bravely mix the different styles like a collage.

Enamel is a glass coating that is baked onto a metal surface, which can be iron, copper, silver, gold etc. However, this procedure is not as easy as it sounds. The „glass” is ground and it comprises various metal oxides. It is these oxides that generate the colours. The enamel is laid on the surface.
This may be done by sifting, with a brush or with a spatula. Then at a high temperature- between 800 and 900 C- the coating is dissolved on the metal.
The history of enamelling dates back several thousand years. It was used by Egyptians and by Celtics, too.
I use a paint-enamelling technique on my pictures. They are built up in layers which means that a single piece may include from 10-20 wispy coats melted on each other. Each and every layer has to be dissolved on the base separately therefore the ready-made picture will have a relief effect.
This type of work is very time-consuming thus only a few pieces can be prepared during a year.

My target is to „to express the inexpressible”, to point out the correlation of the elements of existence with symbols, to show the ancient myths in a 21st-century style, i.e. the visual expression of hardly explicable or inexplicable ideas.
Thus in my work of art, the visual signs carry symbolic, emotional meaning but they are not far from reality, they illustrate fascinating topics which are eternal and have a message even for today’s people.

“The Bluebird of Happiness”

“The Sun and The Moon”