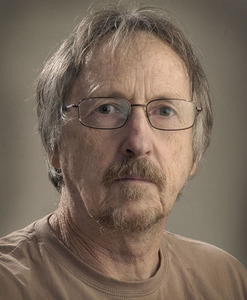 In March and April 2020 he had an exhibition with others at the Marziart Internationale Gallery in Hamburg, Germany, and is a featured artist in the arts magazine "Spotlight"which was released in March 2020.

Finalist in the online art competition by Circle-Arts .com with Expo-Arts new York and is presented as a featured artist on the Circle Foundation for the Arts web site 2021.

Exhibited at the WWA Pavillion in New York in 2020

Bruce Cowell has been featured in the publication "Who's Who in Visual Art" Published in Leipzig Germany and in the German Publication "International Kunst Heute" (International Art Today) as well as in the WeContempoprary Art Catalogue published by Musa International Art Space, Palermo Italy and has had work hung in the Blank Wall gallery in Athens, Greece.

The image "Beth Plays the Clowns" received an Honorable Mention in the Circle Foundation Artist of the Year Awards 2019 , Lyon, France

Commissioned as an artist to produce images for projection on to the giant sun sails that covered much of the site of World Expo 1988 in Brisbane, Australia.

He was Senior Photographer and Picture Editor for "Wildlife Australia" magazine and co-ordinator and judge of the "Australian Wildlife Photographer of the Year" competition.

Some of his photographs were used to illustrate the World Heritage nomination document submitted to UNESCO to gain world heritage protection of the Australian wet tropical rainforests.

This portfolio contains a selection of photographs from over the past forty years.

This photograph has been featured in "Spotlight" magazine and has receieved an honorable mention in the Circle Foundation, "Artist of the Year" awards.

This photograph is included in the "Featured Artist" section of the Circle Foundation for the Arts web site.
It's message is about impermanence and the fleeting nature of our existance.

This Image won second prize in the "Consequence of Light" competition at the Artrom Gallery, Rome.

This photograph is about Love.

This photograph is about the powerful link we have with our children.

Direction or not, who can say?