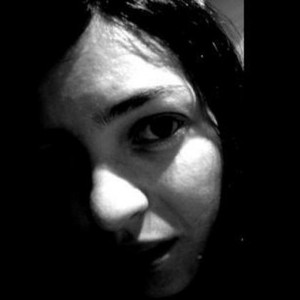 Born 1983 in Poland, she moved to UK in 2008, where she graduated from Interactive Arts at the Manchester Metropolitan University in 2011. She has been in a number of solo, group shows and Art Festivals.

She exhibits on an on-going basis in Everyman Art Gallery in Chorlton, Manchester. Based on extensive fine art foundation her work evolved in contemporary abstract forms.

Described as “one of Manchester’s raising contemporary artists” she is interested in dialogue between the colour and the texture, creating a notable mark new to contemporary colourists’ art scene, alluring and fascinating.

In her works she intends to capture movement, dynamism and transformation – the essence of life. Delicate lines with broad spectrum of shades infuse her works with an intuitive and emotional symbolism of style with engaging and powerful personal expression.

She created a unique language of abstraction to show the bipolar relationship between transcendental presence of colours and their tangible existence.

"Committed to abstraction I use colour to dissolve figurative forms and to convey the state of my soul. I intend for my paintings to be experienced rather than verbally explained - they are my vehicles for emotions, imagination and true independence."

Her fascination with experimentation and texture is how the colour is prepared, the paint is poured and how it moves, mixes and congeals on glossy surface; tactile glass elements on the paintings add a 3D effect to the aquatic looking scenes.

Driven by desire to experiment she puts her work under constant self-critical analysis.