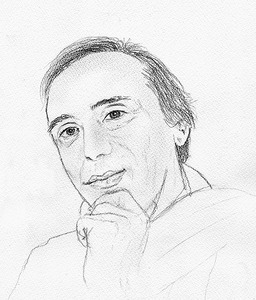 I was born in 1957 in Messinia Pylos. In 1975 i moved to Athens where he studied Civil Engineering and then Graphic Design, Marketing & Advertising.

I started my professional career as a cartoonist for newspapers, as well as imagery and design printed books and posters. Participated as an instructor in many workshops, field of Graphic Arts.

In 1979 he founded one of the first Creative Advertising Agencies called "CONCEPT" (www.concept-psonis.gr), which continues to this day a success.

So far I have designed covers, thousands of posters, brochures, packaging, illustrations and websites.

I have written and illustrated 4 works of Greek Mythology. "HERCULES", "GODS OF OLYMPUS", "ODYSSEUS" and "TROJAN WAR."

In 2008 I participated with 3 sculptures in the exhibition: "Hearts in Athens".

Recently my activity is to create applications for iPad, with the first work "HERCULES".

Hercules – The Hero of Greek Mythology

Hercules, the most popular hero in Greek mythology born by the king of the gods Zeus proved himself to be a brave man earning himself a position among the Greek gods.
Learn how his story began, how he succeeded in completing all 12 labors put against him and how his life came to an end.

This app can also be used by a parent or teacher in order to introduce the most fascinating hero of Greek mythology Hercules, by means of a carefully written, beautifully illustrated story that is easy to understand and is written in alignment with the Ancient Greek Mythology.

Based on the Book 'Hercules' by Concept Special Editions, approved by the Hellenic Ministry of Education.
Designed by Costas Psonis (http://www.concept-psonis.gr), and developed by Web Systems (http://www.web-systems.gr).