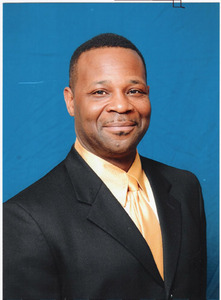 Philip Muzi Branch, a Native of Richmond, Virginia, received both his Bachelor of Fine Arts degree and his Master of Art Education degree from Virginia Commonwealth University. His award winning paintings have been exhibited at The Black History Museum and Cultural Center of Virginia, PANAFEST, Ghana, West Africa, The Banneker Douglass Museum, Annapolis, Maryland and The Daura Gallery. His work is included in the collections of SunTrust Bank, Richmond Community Hospital, Lynchburg College and First Market Bank.

While participating in the Virginia Commission for the Arts “Artists in Education" Program, Branch completed over 20 mural-painting residencies in public schools. He has taught at Virginia Union University, Saint Paul's College and Virginia State University. Currently, he is Director of Cultural Programs for the VCU Health System in Richmond.

Philip, also known as Muzi, is an accomplished bassist and song writer. He performs with the internationally acclaimed musical group, Plunky and Oneness.

At the very core of African American culture is music. I feel that it is important to pay homage to the collective genius that created Black music. Black musicians have created genres of music that are embraced and emulated by all cultural groups on the planet. Black music has achieved a level of commercial success that has allowed it to move out of the “Chitterling Circuit” clubs to the concert stage and mainstream American advertisements.

“Catch of the Day”

“How Does Your Garden Grow”

“Ring Around the Rosy”

I have always been intrigued by the collage art of Romare Bearden, the social commentary paintings of Robert Colescott and the early political drawings of Dr. Murry N. DePillars. The aforementioned artists inspired me to use a combination of techniques to create this series of work.

Parts of my compositions are hard-edged and representational. I work on one section at a time, finalizing a certain contextual area of the work. I challenge the viewer to defuse the personal symbolism of the American flag by using the "painterly looseness" of abstract expressionism. The montage/collage of photographs helps draw the viewer closer while giving insight into the historical significance of the content.

I capture in paint and snatches of photographs the triumph of a nation that has moved from government sanctioned African slavery to electing an African American President. I am asking and answering a hypothetical question: What would African Americans who lived or died pre-civil rights think about the campaign and election of President Barack Obama?
I believe they would proudly wear the “O”

As an African American visual Artist I create images that articulate the essence of my culture. I illustrate history, acknowledge the present and make statements regarding my hopes for the future through my artwork.
At the very core of African American culture is music. I feel that it is important to pay homage to the collective genius that created Jazz music. Jazz musicians have created a genre of music that is embraced and emulated by all cultural groups on the planet. Jazz music has achieved a level of commercial success that has allowed it to move out of the smoke-filled clubs to the concert stage.

“The Bass Is Important in Black Music”