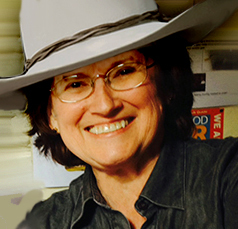 Known by many as the “Elvis Artist”, Betty Harper has spent the majority of her career creating artwork for the Tennessee Music scene. Though you might not know her, either by her name or nickname, you’ve likely seen her work. As the artist of Elvis Presley Enterprises, she is responsible for a good deal of the art you see on Elvis mugs, postcards and other memorabilia. Her original artwork graces many private collections throughout the world.
Her influence can also be felt throughout the Elvis community. Elvis Week, which has become a central festival of Memphis, seeks to honor and remember the life of Elvis Presley. At the one year anniversary of his death, Betty created the art for a billboard near Graceland, called “The American Trilogy”, which acted as a memorial to the musician and became a focal point of all the mourners who arrived to pay their respects. For an entire year, the billboard attracted people to stop and remember the life and work of Elvis. In the years after that, this gathering became more organized and was dubbed Elvis Week. Betty has attended the festival nearly every year since its creation and still enjoys participating in the events and celebration.
Her work reaches beyond Elvis. Having worked for many years with RCA, she is responsible for the cover art of numerous musical artists. She has illustrated many books and also has a rich history of personal and commissioned pieces depicting entertainers such as Johnny Cash, Roy Rogers, Loretta Lynn and Jim Reeves to name a few. Her interest extends to street performers and western art.
A self-confessed lover of faces, much of her pencil drawings and paintings focus on the expressions and emotions that a person’s face can show. According to her, “every face has a story to tell”, and she works to tell these stories faithfully in all of her work. It is perhaps most obvious in her Elvis art which she has been producing more than fifty years.

The daughter of a military man, her close connection to Elvis began while living in America, but continued to develop even after her father was stationed in France. Away from the friends and culture of her childhood, art became her refuge, a place where she could reconnect with the people and interests that she’d left behind. As Elvis rose to popularity, Betty was intrigued by his musical ability, charisma, and captivating appearance. He quickly become the subject of her art. Even after returning to America, her fascination with Elvis remained constant and throughout her career she has created over 10,000 images of him.

In 2012 she created a traveling art show that opened at the Center for Southern Folklore in Memphis. After a three month engagement in Tupelo, MS at Elvis’s Birthplace it is presently displayed at the Musician’s Hall of Fame in the Nashville Municipal Auditorium where it has been for the past two and a half years. She is
presently working on a project for The Cash Museum.

The Spirit of Want, by William H. Coles

How Do I Become A Christian?

Legendary Tales of the Ol’ South