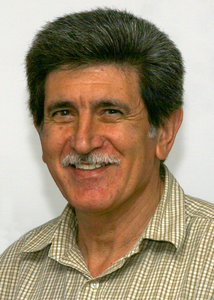 Louis was born in Malta in 1948 and although he started using cameras in his early teens, he waited till midlife to take up photography seriously.
In 1996 he took his first course on photography and since then he has never looked back. Photography became his passion and he attended more courses and workshops and also joined the Malta Photographic Society in 1997. For the last ten years Louis has served on the executive committee of the Society where he held various positions, and in June 2008 he was elected President of the Society a position he still holds today.
His interest and skills in photography are quite varied from photo journalism, street photography, creative and abstracts, as well as architecture. However his forte remains that of photographing people.
In 2012, he earned the international distinction of Excellence from the Federation Internationale de L'art Photographique (EFIAP) and the highest distinction of FMPS from the Malta based society.
Today Louis is retired and spends most of his time to the needs of the Society and his photography.
My email; louagius@gmail.com
My website; www.louisagius.org

This portfolio contains the photography I enjoy doing.