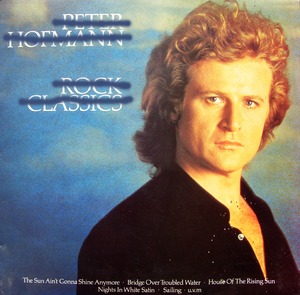 Bread Pits’s work is best described as Gesamtkunstwerk. Not only does he work with an extensive range of media, but his sheer inexhaustible imagination seems to know no limits: his way of living constructs a Pit-Universe; a total synthesis that is painted, drawn,written and filmed; it is photographed, enacted, imagined, pretended and recorded. Primarily, however, this universe is lived. Pit lives his art – he is his art.
Because of boredom, he dropped out of art school and opted to teach himself. And the skill, multifariousness, and extensive art-historical reference that his work is built on will silence any critic. His rash and sometimes tumultuously slap-dash style of painting is an indication of his sophistication, not his carelessness. Pit is a pro. He deliberately violates established patterns and expectations of art and taste. Canvas formats are 200 x 200 cm; Art about art replaces the art; a fictitious gallery called the Wanker is his hyper-real alter ego, where he assumes each member’s character and meticulously documents the gallery´s concepts as if they were real.
Pit taps into the traditional concept of play and performance by dislocating the familiar and relocating it outside of what is considered classic aestheticism or taste. He amuses us equally as he shocks. The irony that Pit enforces is apparent – who ever associated art with art? But the simultaneous candy-colour kitsch dislocates everything. His violation of taboos is acted out so skilfully that ‘good’ and ‘bad’ become arbitrary categories. Pit exposes hallow promises of cultural clichés – including the idea of good taste – and thereby creates what Susan Sonntag calls the “taste for the tasteless”.
Pit’s practice is no doubt his own invention and produce, but it is located in a school of German painting where artistry of kitsch and the absurd became a method to master Germany’s dark past. So-called “bad painting”, associated with the likes of Martin Kippenberger and Albert Oehlen, is characteristic of a generation of painters that rejected the notion of guilt and instead try to just ‘be’, in the most literal sense – including all shortcomings.
He is a witty hedonist, an artistic multi-talent whose style of gawky inelegance and chaotic assembly brings together consensus and nonsensus. He dunks us in a “candy box of aesthetic pleasures”: whether he videotapes himself drinking coffee out of a mug by Andy Warhol or smearing his body with body lotion by Jeff Koons, he turns the concepts of aesthetics on their head and creates a critical persiflage of contemporary iconographies by breaking the rules. However, to break rules skilfully is much more difficult than to obey them. As such, Bread Pit’s total practice stands testimony to his genius.