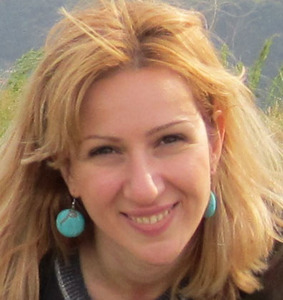 An artist has his/her own philosophy, his/her own vision. People’s lives are full of relations, interactions, events – meaningful or meaningless, important or insignificant. The visible on the surface is unrelated to art, since an artist casts a look inside rather than outside – and the inside directly connected with the universe. Just as people create a situation, interaction and environment via communication, colors and lines in a unity create a conversation, whose basis is the Idea. In my works it is the idea of life and continuity. However, just as people can talk to each other but say nothing, a painting can be well performed, but not expressive(express nothing). By directing a glance inside, an artist searches for an internal world and opens a door towards the depths and gist of life.