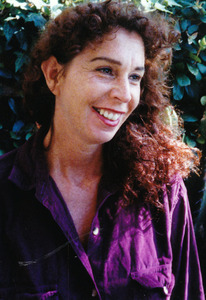 Born in Los Angeles, California, Dayle Ann Clavin studied music in Salzburg, taught classical flute at the Landesmusikschulwerk Upper Austria and performed chamber music.
She began to photograph in the early 1990’s inspired by the school of Straight Photography, Ansel Adams and the zone system.
In the following years she acquired knowledge and experience and exhibited her work in several galleries in Austria, including the Nikon Gallery, Vienna, Pan Optikim Gallery, Burgenland, 44iger Haus, Leonding Linz, and the Anton Bruckner Zentrum, Ansfelden.

Several Images appeared in the book "Von der Idee zum Bild" by Martin Sigrist, Laterna Magica in 2000 and over the 1990’s many images were published in ‘Photographie” magazine as well as a portfolio of her series ”Dance and the Soul” in the publication ”La Fotografia Actual”, Barcelona, Spain .

In 2001 she graduated with honors in fine art photography at the Prager, Fotoschule, Schloss Weinburg, Kefermarkt, Upper Austria.

In 2005, her first book of Black and White images “Dance and the Soul” was published by Imschoot Publishing Company Ghent, Belgium.

Three of her nominated images were recently included in the magazine publication "Photo Paper" Journal of Photography featuring the best Black and White Photography of the Spider Awards 2011.

In June 2012 Dayle won the "Coordinator's Prize" in the International Photography Competition of the San Diego County Fair among over 3000 entries.

In July 2012 she was among 45 semifinalists in the International Photography competition organized by the Artists Haven Gallery, Fort Lauderdale Texas who will participate in a group exhibition, August 2012.

A black and white photography series based on the dialogue of Paul Valery of the same title. Greek philosophers watch a woman dance and discuss the struggle between the body and the soul.