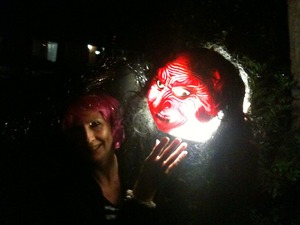 A third generation artist, originally taught by her father (NZ based Artist/Sculptor) to paint and draw in many mediums. Lyndsey also sculpts in bone, wood, metal and continually experiments with new materials and concepts. Having undertaken many short courses and part time study in artistic pursuits such as watercolour painting at Julian Ashton School of Art, Lyndsey is currently formalising her many years of creativity by studying Fine Art at “The Sydney Gallery School”.

Lyndsey has also successfully exhibited in a numerous number of other art exhibitions and galleries over the years.