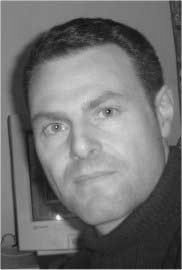 Paul McCloskey was born in Carrickmacross, Co. Monaghan, Ireland and is now living and working in Gorey Co. Wexford. Paul attended the National College of Art and Design (N.C.A.D) Dublin from 1981 and graduated in 1986. Paul also attended De Montfort University UK and was awarded a Masters Degree in Fine art painting (MFA) in 2010. Paul is a professional member of ‘visual artists Ireland’.

Paul has work in the following collections;

• As well as numerous private collections throughout the country.

My most recent series of paintings called ‘Awakening’ and ‘Awakening Reloaded’ (oil on canvas/board) attempt to highlight the familiar, the places and things we see every day, to see with fresh eyes the beauty that's all around us and to awaken, refresh and enlighten us to the fact that everything we need to know is already inside and all around us. Currently I’ve been working with landscape, for now it facilitates me in portraying that sense of immensity and space which in turn assists me in expressing the power of spirit, the glory of something greater than me but connected to me. This is intended to evoke to some degree a sense of spirit, of enormity through the ethereal qualities of the paint using this vastness of landscape of matter and space as the catalyst in which to express this. I have also used the theme of seasons as a way to suggest the beginning and end, the circle of life. My paintings attempt to summon a primordial energy and reveal a sense of the power of nature, energy and Spirit. The use of gold within the ‘Reloaded series’ of paintings stems from this concept of the halo and the flat gold leaf backgrounds of the early Greek iconography. Although these gold areas coexist with the painted areas of light perceived as being more natural to the painted landscape, its purpose however is principally to separate divine/spiritual light from earthly light, gold being precious and standing out as extraordinary, intending to evoke a sense of the sacred aiming not so much to evoke particular emotions although that may well arise but to evoke a sense of connection to spirit.
The beauty of my surrounded environment, the wonder of its creation is the starting point and one cannot be but moved by the splendour of creation, however that connection to this splendour with the absence of ego is expressed from inside. I have built up layers of paint under some of the gold areas to add texture and shimmer thus adding further to the dimensional element of the paintings, as the idea of spirit is that it is all things and all directions simultaneously. I attempt to reflect this dichotomy by allowing the shapes and colours to interchange from solid (enhanced by impasto layers) to atmospheric on the canvas surface. The intention is to bring all things together, textural, atmospheric, dark, light and gold causing a tension and cohesion forming explosive qualities that transcend the two dimensional surface of the canvas. The emergence of the landscape bathed in light, giving glimpses to its vast splendour adds a mystical element to the paintings. In places sky and earth are as one, evoking for me the sense of personal growth, the sense of awakening to the beauty, divinity and perfection, to the divine order within all things. This suggestion of heaven and earth in constant struggle, merging yet separable, solid yet amorphous all suggest the dichotomy of the spiritual, the beginning and the end, the alpha and omega, the struggle within between the conditioned self and the divine/spiritual self.

My most recent paintings ‘The Omega (awakenings 3d)’ builds on my previous series ‘Awakenings (The Alpha)’ and ‘Awakenings Reloaded’ this is the third in the trilogy of the awakenings theme. They consist of a number of 15 cubes, 10 of which are wall mounted and 5 of which are suspended at varying heights from the ceiling, allowing the viewer a full 360 degree view of the works, also inspired by the landscape, what we perceive as everyday and perhaps ordinary, the places we merely glance at without allowing ourselves to get lost in the breathtaking creation and beauty that surrounds us. This visual influence is determined by the surrounding landscape of my environment, but its intention is primarily as a catalyst in expressing divinity and is therefore secondary to this expression, the primary purpose being process, allowing and presence. Also the cubes question and challenge the staple of painting being confined to the two dimensional surface, pushing the boundaries into the third dimension. The cubes suggesting the dichotomy of spirit, being all things in all directions at once and is also a more literal translation of the work of post impressionist painter Cezanne and the subsequent Cubist movement, however the painted surfaces of my work has more in common with the Romantic philosophy , in particular that of Turner.

“And I saw a new heaven and a new earth”

“In my heart I have hidden your word”

“At last my thoughts lay silent”

“I saw when I ceased looking”

“No beginning no end ”

“My eyes hurt as if never used”

“Through silence you were revealed”