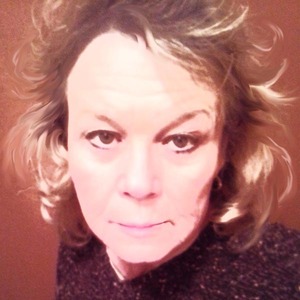 Having painted since she was a child, Jill has worked as an artist in New York City, Los Angeles, Nashville, Evansville, Waco, Louisville, Tallahassee, and Bowling Green, Kentucky. She exhibited at many galleries in New York City while living there over 17 years and continues to do so. She also exhibited in Los Angeles, Nashville, Florida, at the Speed Museum in Louisville, at Western Kentucky University, Purdue University and at Goethe House in NYC. She painted the only extant portrait of Thomas Merton and was made an official Kentucky Artist.
From 1975 – 1978 Jill lived in Florence, Italy where she painted the local landscapes, attended the Academia di Belle Arti and exhibited at the Palazzo Strozzi. In Nashville, TN where she exhibited her Italian paintings at the Parthenon. She Illustrated a dozen books and began to exhibit in New York City, Paris, Florence, Seoul, South Korea, Kentucky, Texas and Miami.
During l977 she lived in Seoul, Korea, where she worked under the auspices of the U.S.I.S., held workshops in Fine Arts, exhibited at the U. S. Embassy in Seoul and traveled in the Orient.
From l978 - l981 she lived in Westbeth in Greenwich Village attending and earning her M.F.A. degree while being represented by galleries in New York, Kentucky and Texas and exhibiting internationally. Moved to SoHo loft. Employed as artist, she served as Editor of Women Artists News, active with W.C.A., W.A.A. and other arts organizations in NYC.
From 1981 – 1991 she moved to a Los Angeles loft and worked as free-lance visual artist. She painted and taught art at Pierce College. She served on the board of the Los Angeles Visual Artists Guild, Member of the Graphics Arts Commission of the Los Angeles County Museum of Art and served on boards of other arts-related organizations. She became President of Los Angeles Artists Equity (LAAE) and was on the National Board for 7 years. Elected Regional Vice President of National Artists Equity Association 1984-1996.
From 1991 to 1996 she lived in her SoHo loft, exhibited locally and in invitationals everywhere. Worked for NY Artists Equity. Elected President of New York State Chapter of National Artists Equity.
In 1996 - 2006 she moved to Tennessee and exhibited in the state and region. She founded ART-Sumner, a non-profit organization for artists and connoisseurs in Sumner County, TN and served as its president for many years.
In 2006 - 2012 she moved to New Harmony, Indiana to paint and write and live the artistic life, continuing to exhibit internationally.
In 2012 she moved to Louisville, KY to participate in the active cultural life there and opened her private studio in Middletown, where she continues to paint, write and exhibit her work internationally.

These are my paintings.
Throughout the years, especially when I lived in New York, I have painted a series of collages that were very popular and I continue to do so from time to time.
But I am now working on a series of oil paintings about Venice, Italy, and have almost completed it. I still have a big painting to complete in this series.
Since I now live in Kentucky, I am beginning to paint local things, such as landscapes, horses and still lifes. I have always painted these things, but they are now becoming part of my new focus.

“Gondolas on the Canal”

This oil painting is about 24 inches by 36 inches. It has been bought, but there are prints available.

“Waiting for the Boat”

This is an oil painting that is about 30 inches by 12 inches.