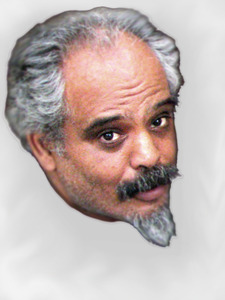 Eshkol is a self made artist, born in 1952, Tel Aviv, Israel.
2 years at Avni Art School
Technical drawings and illustrations for the IAF,
Fashion design in Kuppferberg Studio, Holon.
Special effects for Lorimar Productions - Big Red One, Universal Studios
- Masada, and as Props in Ronny Yaakov Productions - Dizengoff 99.
1976-1986 Giora was mentored by Victor Honigman to draw by applying,
Andrew Loomis techniques of drawing from memory by Object Structure Analysis
and speed drawing or Object Emotional Perception, and to paint in colors.

Giora self trained himself in Computer Graphics since 1984
(Commodore64, PC, Amiga4k, SGI ). Giora moved to US 1986 as a fine artist,
a painter, sculptor, and computer graphics novice
Giora started creating 3D Animation 1993 and got his first breaking job
at the biggest Post house in Hollywood Ca. The Post Group.
Working with the legendary producers Marc Franco and
Bob Gutiery he did the 'The 22nd Daytime Emmy Awards',
'The 47 Annual Emmy Awards' and other 3d animated graphics
among them commercials for Disney, Motorola, and Chrysler

In 1995 he was invited to work at 'Tsi' a pioneering Motion
Capture studio in Los Angeles founded by Alberto Menache
In Tsi, Giora took a major part in the studio 3D Character Modeling
and Rigging. That year he created the Motion Capture Character
of 'The Pillsbury Doughboy' for the studio
commissioned by the Leo Burnett Ad Agency.

to rig the face and body of Bruce Willis for 'Apocalypse'
(a computer game commissioned by Activision and Sony).

In the year 2000 Giora Started to teach Maya
(The leading 3d animation software by Alias Wavefront)
Instructor for 3 years at Memad-Ascola
a school of fine art and design in Tel-Aviv Israel.

The Art of Giora Eshkol

created by Giora Eshkol at The Post Group Hollywood CA 1995

created by Giora Eshkol at The Post Group Hollywood CA 1995

“Old lady in the park”

“prince Diana as a bride”

“portrait of a young girl”