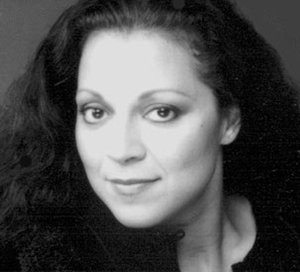 Eva lives on a ranch near a wild life conservancy and it is a daily reality for her to be close with generations of owls, hawks, ravens, coyotes, mountain lions, bobcats and deer.

Eva’s environment growing up was rich with culture. She was surrounded by art, music, theatre and literature. Her mother was an investigative journalist and her father, a sculptor. Eva’s work is informed by various successful creative pursuits. Her organic spiritual connection is always present as a through-line in her ingenious expression. She has always been a woman of vision.

Eva Montealegre’s adventure in painting emerged under the tutelage of abstract painter, Robert Kingston. Eva’s gallery debut was at Long Beach Arts gallery where her piece, LADYSTARSKULL PONDERS THE COSMOS, garnered acclaim and was awarded a prize. She is the recipient of a PUFFIN FOUNDATION GRANT for bringing art to Los Angeles communities. In March of 2013, she was invited to ART FOR ALL PEOPLE, FINE ART GALLERY in Malibu to teach art to critically ill children and their parents. Eva’s COSMIC OWL (1), has garnered special recognition from ARTSLANT. In fact, a number of her paintings have won awards. IT’S ALRIGHT, Southern California Women’s Caucus for Art, 1st Prize, HIGGS BOSON, Artavita and Artslant recognitions, CREATIVE CALL, featured with special recognition by UniteWomen.org and their coffee table book, MOON ONE in the Art Takes Times Square presentation and their coffee table book, DEEP VEIN at the Picture Foundation Museum and more!

Eva Montealegre has directed a number of Los Angeles community events including the presentation of her painting: HIGGS BOSON: Portrait of the First Woman - for a community of scientists, doctors and families, at the USC GENETIC MEDICINE ART GALLERY. Special events include the Find Your Roots Exhibit in West Hollywood, attended by the mayor and juried by respected Los Angeles art critic, Peter Frank. Eva received a composer’s award from the mayor of West Hollywood for a song she authored related to the theme of her painting, ALLIGATOR WOMAN.

A huge Capricorn moon with a wonderful creature dancing, pontificating and drinking wine all at once...
50" x 50" oil on canvas an original painting by Eva Montealegre