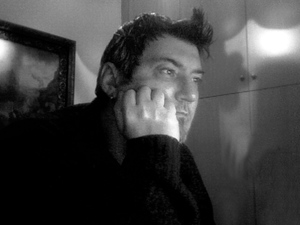 ATTENDANCE OF SEMINARS, THE MOST IMPORTANT OF WHICH THAT OF ERNST WILDI (HASSELBLAD UNIVERSITY)

1994:
PARTICIPATION IN A GROUP EXHIBITION IN THE CULTURAL
CENTRE OF ARGYROUPOLI

1995-1999:
I MET THE ARTISTIC PHOTOGRAPHER AND WRITER STYLIANOS SKOPELITIS AND WORK WITH HIM IN PHOTOGRAPHY AND BOOK AND ALBUM EDITING

1999-2001:
I WORKED AT THE PHOTOGRAPHY WORKSHOP "ASPRO- MAVRO" AS RESPONSIBLE FOR PRINTING AND DEVELOPING

2001-2003:
I WORKED AGAIN WITH S. SKOPELITIS AND IN PARALLEL I WORKED AS A FREELANCER FOR THEATRES AND
VARIOUS ARTISTS

2003:
PHOTO EXHIBITION IN THE MUNICIPAL GALLERY OF MYKONOS

2004:
I DELIVERED PHOTOGRAPHY SEMINARS AT THE UNIVERSITY OF PATRAS

2007:
I WAS AWARDED AT THE "SINGLE IMAGE CONTEST" OF THE AMERICAN JOURNAL B & W (BLACK AND WHITE)

2005-2008:
I CONTINUE TO WORK AS A FREELANCER, WHILE MAINTAINING A STUDIO WHERE I COOPERATE VARIOUS OTHER MAGAZINES AND ARTISTS

2009:
EXHIBITION IN THE "AGORA-GALLERY"
2010-2012 I CONTINUE TO WORK AS A FREELANCER
2012-2013 I AM AT THE MASTER VOLUME FROM (WWAB)
(WORLD WIDE ART BOOKS) AT THE (IWA)
(IMPORTANT WORLD ARTISTS) AND AT THE
INTERNATIONAL MASTERS OF PHOTOGRAPHY
2014 I HAD AN EXHIBITION AT THE UNIVERSITY OF
PATRAS
2015 I HAD AN EXHIBITION AT CHILI ART GALLERY
2013-2015 I HAD 4 HONORABLE MENTIONS FROM "IPA"
(INTERNATIONAL PHOTOGRAPHY AWARDS)
2016 I WIN THE "LEONARDO DA VINCI" PRIZE, also
I win the prize "SHAKESPEARE in ART" !! I give
one Artwork to the new museum E.A.M
"European Art Museum" in Denmark !! And I am
in a book that published by the Museum.
I had an exhibition at Artower Agora Gallery !! 2017 CIRCLE FOUNDATION makes a presentation
of my work, online and in the SPOTLIGHT
MAGAZINE !! I also get an AFFILIATE ARTIST
CERTIFICATE !!
Also I exhibited to the first open festival of
Photography in the beautiful island of Patmos!!
2018 I get a HONORABLE MENTION AWARD from
Circle Foundation !!
2020 One more time Circle Foundation gives me
a CERTIFICATE OF ARTISTIC EXCELLENCE
and they create a page of my work in to their
website !!
WEBSITE: http://lefteris-papazoglou.format.com
EMAIL : lefterispapazoglou3@gmail.com

Let us talk about the body. Why it's always in the central of all??
Writers, artists everybody make focus to the human body. Why ?
Something happening or simply the body is in fashion ???
What puts the body squarely in the centre of debate is not fashion,
but urgency.
The body is being rethought and reconsidered by artists and writers
because it is restructured and reconstituted by scientists and engineers !!!
But let's talk for the theatrical theme, where the masks exist.
The masks are not only to cover the face, but they give another dimension
to the body but also in the whole picture.
With the mask you can keep a distance from the body (theme).
Don't forget that all the indigenous tribes in the whole world they used
masks, so, they could come to contact with their souls but also with the
other "world" !!!
While you think that with the mask you will be focus in the naked body,
contrary you feel disclaims from that.
The MASK is the PRISON. It's the HOUSE where the SOUL lives!!
A soul which is already stuck in a body!!
Don't forget that a particular image is capable to annihilate the entire universe.
That was once written by Louis Aragon.