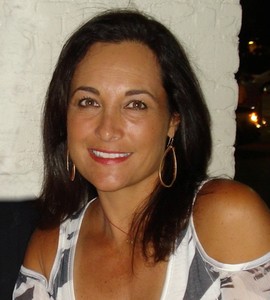 Leticia Herrera is a Mexican Mixed media artista Residing in Mckinney, Texas. Herrera introduction to the art world began early in her life inspired by her Uncle, famous Spanish painter Jose Morales. Deep inside her she always knew she wanted to be an artist, and experimented on her own different mediums through out her younger years.

She moved to the US to pursue her formal art education at LSU, earning a Bachelor in Fine Arts Graphic Design in 1992. After her degree she returned to her country and started working as a Creative Director in Avon Mexico during the day. But in the evening, she worked at her home studio as a freelance artist, trying to explore her own creativity.

As her art work evolves to a more personal style, Herrera discovers within herself a deep and strong sense of color, and a connection between her emotions and color itself. In 1996 she decides to paint full time and abandons her career as a Creative Director and designer and pursues her art. She signs in with a select group of artist under the instruction of the prestigious painter Santiago Carbonell. (Spanish painter). It is clear that in her first solo show “Acercamientos Intimos” (Museum “Regional de Queretaro” in Mexico) the influenced of Carbonell was portrayed in her paintings by the use of the human figures, yet; it is obvious that the vibrating colors that she used to express the subject matter was almost as overwhelming as the subject itself.

After her first Solo show she had two more exhibitions at the Museum of Art. But it was not until the next exhibition 5 years later when she starts engaging into abstraction portrait in the series “Into the light” and “Between my Lines”
Over the years Herrera’s work has change and become more and more abstract. She has also gained more confidence and has experiment with more freedom of execution, creating striking images that go beyond the obvious to something even deeper. Her Recent work is inspired not only by the artist's Mexican roots but by current issues and daily emotions of herself and those who are around her.

Leticia hasn't uploaded any images yet. Please check back soon!