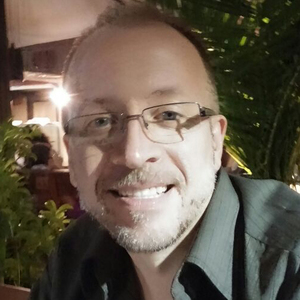 Gianluca Fumelli was born in Rome in 1974, lives in Rome and Pontecorvo. Self-taught, figurative painter realist landscape artist, cultivates his passion for drawing, cartoon, graphic design and oil painting on canvas. He graduated at the Technical Institute of the State Industrial Pontecorvo as Chief Technical Expert in Telecommunications in 1993, then continues with his studies as a computer programmer and in 2010 and follows a master's degree in Graphic Design and Web Design. After graduating he began working with a small provincial newspaper, for whom he created cartoons and caricatures. In Rome, working for several computer companies, so decided to combine his passion for design work. He then began to devote himself to computer graphics, and later to web graphics, so working with several companies in the construction of websites, logos and comics in the national projects of breath also. Since 2009 he is in the art world of painting, his artistic start in a very young age, with its own personal processing of the image of nature, and thanks to the first exhibition experience begins to be appreciated. She spends her free time to painting, transferring the harmony of nature, wildlife and wilderness in his paintings, such as open windows that look out into nature and express emotions developed by the imagination, giving inner peace as well as to itself to other. It is natural for him to paint nature, because neither has always been fascinated, he always knew he would have been an artist of animals, landscapes and wildlife. His paintings represent his deeply emotional love for wildlife and nature, capturing the animals in their moments of playfulness. The passion for nature that inspires him in his paintings is evident from the details; his work conveys a deep respect for fidelity in trying to paint the precise and accurate tract of animals and landscapes as well as to the smallest detail even in the colors that nature sends to the changing seasons. He paints what he really feels the love for nature is reflected in his work and his goal is to convey his emotions and his desire for freedom to those who observe them. Has to his credit, personal exhibitions, collective, national and international exhibitions, among which are London, Berlin, Stockholm, Principality of Monaco - Monte Carlo, Barcelona, New York; has received awards and recognitions, and his paintings are included in the international and national catalogs and art magazines in Europe and the United States.