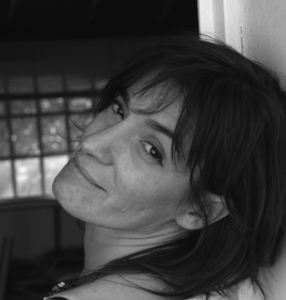 Argentinian artist born in Buenos Aires in 1966, Piano and English teacher, and Systems Analyst. She moves to New York and enters the Art Students League. She continues her art education in the University of Singapore and lastly in IUNA.
In Buenos Aires, she algo attends living model drawing classes with Carlos Fels, and painting with Mirta Kupferminc, Diana Dowek, Nicolás Menza and Ariel Mlynarzewicz. She learns sculpture with Leo Vinci and Sara Mansilla.
Between 2009 and 2011 she was part of Grupo Boedo participating in several exhibits including "Self-portraits" in Centro Cultural Recoleta.
In october 2010, her painting "Cheap labour" gets the first prize in Contest "La pintura y el Campo Argenetino" organized by Agriculture Ministry and is shown in Fine Arts Museum of Luján and Evita Museum.
In March 2011 she shows "Women who broke the mold" in Buenos Aires Legislature Palace and "Getting together and falling apart" in Manzana de las Luces.
In March 2011 she wins First Prize in a Woman's Day Contest organized by RvanR Gallery with her portrait of Mercedes Sosa "La Negra". In may 2012 she exhibits in Artecláscia Art Fair, in August she participated in Art Sale 2012 held in Madero Mystic boat, in September she had an individual stand in Bada (Art Boutique Direct from the Artist) in Espacio Pilar and in October she was at Arte al Paso, in neiborhood Las Cañitas At the same time she continues teaching painting and drawing.