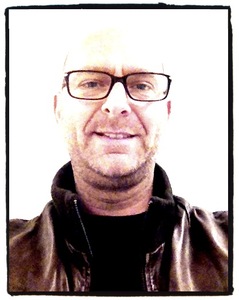 Born in Rimini August 3, 1973, lives and works in Cesenatico. His photographic project, in general, is geared towards the documentation of particular phenomena and socio-cultural landscape, interpreted as a mirror of modernity, through which attempts to represent and make clear the conditions, sometimes contradictory, of our time. She has attended various courses in photography, the most significant "progress report" in Workshop Photo of Milan and "professional reporters" at the Italian Institute of Photography in Milan. He has made several reports, some of which are exhibited in solo and group exhibitions.

Lost identities is a project that concerns the children's summer holiday camps on the Italian coast. A phenomenon with hundreds extinct buildings have been abandoned a few steps from the sea.

Buildings of the Fascist era, in a state of neglect. They are located in different Italian cities and bear the signature of important Italian architects. Places of utopia.

Pictures taken on a historical Italian road that connects two ancient cities: Venice and Ravenna. Today is an important commercial and tourist thoroughfare that runs along the north Adriatic Sea.