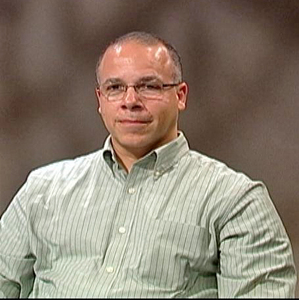 Harry T. Burleigh was initially inspired to sketch as a youngster when he saw the uniqueness in the designs on record album covers. Several years later, he attended his first art class as a junior in high school, where his teacher saw that he had a developing talent and encouraged him keep sharpening his skills. Many of these skills he sharpened in the margins of his notebooks during chemistry class.

From his youth, he had always believed that art could be produced from any idea or medium. Years would pass however, before he would feel that he had actually proven this to anyone. He became increasingly bored with representational art and the seemingly dull titles that accompanied so many of these images.

At the age of eighteen, Harry was accepted into the art program at West Virginia University. His philosophy at that time, was that it was wise to keep a pool of artistic influences, however foolish to compromise his creative integrity in order to please the faculty.

Burleigh was constantly drawn to artists who's works involved beauty, strangeness, or emotion. While he did pay close attention to some of the greats, he often wondered why others had become so overrated. He also disagreed with the theory, that everything one might create has already been created in the past. Not so with surrealism he thought. Not so with abstracts, and while he wasn't intending to elicit a specific response from onlookers, he always had their subconscious impressions smoldering in the cross hairs. He later received a Bachelor of Fine Arts in Art.

After spending a year as a commercial artist for a local television station, Burleigh decided to stop doing art for others and to just do it for himself. This lead to an extended career in video production, where he found himself writing, producing, and directing. He would continue to do art on the side, but he never showed it to anyone for two decades.

In a twist of fate, while editing one day, Harry stumbled upon a new way to digitally combine imagery in a way that he had never seen it done before. He later tried the technique with a few of his old artistic works and found that it truly had merit.

Harry Burleigh's artwork has seldom been in the public eye since 2006. At that time, in a one night SoHo exhibition, he was presented with a Grand Jury Award for surrealism, by the New York International Art Festival.

His immediate plans are to expand his body of work while refining some of his discovered techniques. In the end his intentions are to share his ideas openly so that other artists may benefit from and possibly improve upon them.