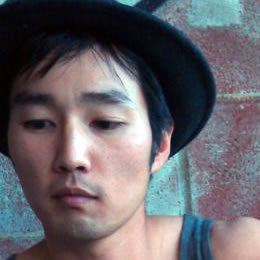 Terry Kim was born in Long Beach, CA in 1982. He grew up in Orange County and as a child was a big fan of comics and dreamed of one day becoming a comic book artist. He lost interest in that dream around high school, but the passion for drawing and creating art stuck.

At the age of twenty he completed his first oil painting on something of a whim and it turned out pretty good for a first effort. Feeling inspired by the success of this painting, he decided to take painting more seriously so for the next few years he taught himself how to paint realistically by copying pictures from fashion magazines. In 2005 on the basis of these paintings he got offered a solo exhibition at Orange Coast College which was the first ever public exhibition of his artwork. The response was very positive and led to regular gigs around the city of Costa Mesa including frequent showings at The Artery and the Costa Mesa Artist’s Showcase and developed a reputation as a highly skilled portrait artist.

This early success put Terry in a bit of a pickle artistically because his personal tastes leaned more towards artists like Piet Mondrian and Joan Miro and yet the work he was doing was primarily pop art and photorealism. Being affiliated with either genre didn’t hold any great appeal to him, but he still preffered portraiture over any other subject matter. He set about switching things up by mixing his current style with stark white backgrounds elements of “superflat” artwork. This stylistic eveolution didn’t wholly change anyone’s perception of him as a poppy photorealist but it did begin broadening his appeal towards the more avant guarde.

Over the next few years he kept painting and doing shows in Orange County, Los Angeles and San Francisco including a brief residency at The Hive art gallery in downtown Los Angeles. In 2009 after his fifth solo exhibition he started to feel burnt out and decided to take a break to write, direct, and star in a feature film about his artwork titled “The Jupiter Symphony” which wrapped up production in early 2014.

After laying low since 2009, Terry is ready to come back in 2014 with three new projects; the aforementioned “The Jupiter Symphony,” “Nouveau Modern” (a pop art collection of paintings mashing pop culture subject matter with classical and modern art styles), and “Zodiac” (a collection of 12 multi-panel paintings based on each of the Zodiac signs.) With these two collections of paintings and the film Terry Kim hopes to become that rare artist that has broad, mass market appeal while still maintaining his avant guarde sensibilities.

This is a career spanning collection covering the best black and white paintings that I've done.

Another painting of Ingrid Bergman

A painting a Louis Vuitton print. And a butt.

Gave to a friend for his birthday because I was too cheap to get him a proper gift like a DVD or something. Yeah, kind of regret it now.

“Portrait of a girl sitting on a chair”

I don't have much to say about this one. It's cool. I should more stuff with grids.

“Portrait of a girl with a hood”

Based on an image I got from a Polo ad.

This is one of my favorite paintings. I think the Mondrian painting is my favorite now but I would say that's 1a and this is 1b.

“The Last Testament of Orpheus”

This and Orpheus were apart of a trilogy of paintings based on the Orphic trilogy by Jean Cocteau. I did a painting about Blood Poet but I didn't like it.

This is a collection of my color paintings spanning my career

Early version of the painting "Virgo."

That bandana print was painted by hand. And it took... FOREVER!

“Composition in Purple and Gold”

Painted this as apart of a series of paintings utilizing complimentary colors. The series only went three deep.

“Girl with a Gold Dress”

First painting I ever sold! Sold to the then mayor of Costa Mesa.

Funny story with this painting. I painted this when i first started gessoing my own canvases, so naturally I wanted to sand this down to a glass like finish. I over did and ended up sanding a hole in one of the corners. Once I repaired that I started to paint on it and quickly realized that a perfectly smooth surface was crazy hard to paint on. It did end up having a really cool effect though when you see it in person.