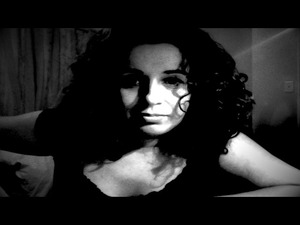 My name is Osnat and I am a self-representing, contemporary artist from Toronto.

I started to paint almost eight years ago. I can proudly say that I sold out more than 4000 paintings during that period of time and my artworks are internationally collected.

I paint with acrylic and enjoy the contemporary, abstract and landscape but mostly enjoy the combination of these three.

Accomplishments:
FOX TV has purchased one of my paintings. The series is called "Prison Break" and the painting decorates the outer area of Veronica's office (the lawyer)....

*On October 1st 2007 I have signed a contract with a big production company ("Three Good Men LLC"). The company purchased four of my paintings that will be used in key featured areas of the set of a psychological thriller called "Cash" . It was featured in cinemas everywhere. The famous actor "Sean Bean" who played in 'North Country', 'National Treasure', 'Lord of the Rings', 'The Hitcher', 'Golden Eye', 'Troy', pre-production for Oscar Wilde's 'A Woman Of No Importance', Shakespeare's Come Like Shadows will be the 'bad guy' in the movie..

* My painting Get Wild was chosen by Thomson Nelson Publication as the book cover for "CANADIAN POLITICS IN THE 21ST CENTURY 7/E". Pub Date: 10/15/2007

* My painting Future So Defined was chosen by Thomson Nelson Publication as the book cover for "CANADIAN CORRECTIONS 3/E". Pub Date: Mar/13/2009

* Limited collectable edition of eight quality wines made by the "Ramim" boutique winery. The labels display the original paintings of Osnat's artworks. The wines distributed in Israel and the USA.


* My art has already attracted broad recognition and have increased in popularity as it is one of the top valuable art on eBay. As a result I've been chosen by eBay as a
FAVORITE SELLER ! I won 3rd place "eBay's Canadian Entrepreneur of the year 2007"

* I sold some of my paintings (as a commission) to galleries in USA, Canada.

“The Gate to Happiness”

“Lord of the Northlands”

“The Story of My Life”

“Love You To Pieces”

“I Want to Surround You”