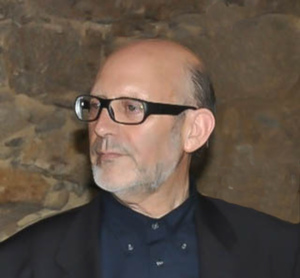 Pintomeira was born in Deocriste, Viana do Castelo– Portugal., in 1946. He enters, in 1957, the Seminary School which he abandons in 1961, after considering that he had no vocation to the priesthood.
In 1965 he finishes his high school studies and leaves behind his education in architecture, choosing to begin an artistic career, in the visual arts.
In 1966 he holds his first exhibition in the, then existing, gallery Divulgação, in Viana do Castelo.

Between 1967 and 1972 he is in Lisbon. He frequents a collective Studio in the Mouraria District, where he meets the surrealist painter Raul Perez and other emergent artists with whom he participates in several anti establishment shows on the Rossio Square sidewalks. During that period of time he holds some exhibitions and gets acquainted with the much older Mario Casariny, Cruzeiro Seixas and other artists belonging to the Portuguese surrealist movement.

In 1972, after a short stay in Africa, he leaves to Paris in the company of the Dutch painter and model Marijke de Hartog, who he knows in Portugal. The two decide to move, later, to Amsterdam-Netherlands, where they get married in 1976. In the Duch capital, Pintomeira opens his Studio to keep on working on his surrealism he brought with him from Lisbon where, some years before, he had been influenced by his older colleagues.