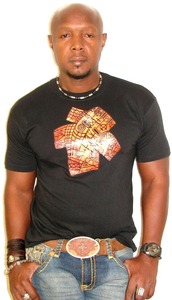 Turgo was born in Haiti, grew up in Haiti and his brain, heart and spirit are mapped and hard-wired to the culture of Haiti. Overlaid is his life in the diaspora and his travels which also influence that which he sees and expresses in his work.

Turgo Bastien belongs to that generation of artists who arrived in South Florida in the 1980s and who had already established themselves in their countries. However, his experience in the U.S. led him in a direction entirely different from his contemporaries. What is different in Turgo Bastien is his singular approach to metaphor and the conscious look for new direction and language which could inscribe his identity in a contemporary expression.

Turgo tells a story that rises as counter discourse to the story of mainstream art in which other cultures have been treated as marginal. Turgo sees his own marginality and unbearable cultural shock of an individual moving from one part of the world to another. The work must find another identity or recover what has been lost before it sinks into nothingness. But this is not simple. His paintings derive from the rhythmical space, filling patterns of the mask and the multidimensional state of mind of those from his background. His pictures are not mere patterns but images and their forms whether painted or sculpted, invest the surface with mysterious life. The outcome of his sight is heightened awareness that what we have in common is indeed far greater than what divides us.

“another call from Africa #1”