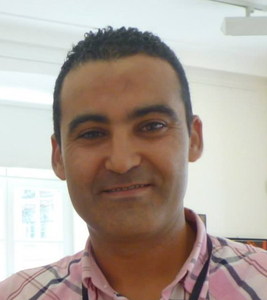 • Summer 2005: Internship will practice training in the application of new technologies in archeology (GIS and Remote Sensing ...)

• September 2005: Training will technology applied in archeology in the central laboratory of the National Heritage Institute.

• September to February: 2005/2006: Training of practical training in archeology and Geomatics at the National Heritage Institute in the section of cultural sites and historical and traditional sets.

• January-March 2006: second cycle Project: Creating a Web site of the Association for the Protection of the medina of Tunis..

• April-May 2006: Internship end of study at the Institut National du Patrimoine in section cultural sites and historical and traditional sets.

• As of March 2007: Researcher in Geomatics at the University of Manouba Tunisia (Research Unit of 02/UR/10-02/Géomatique Geosystems).

• March-May 2007: Internship updated map sheets of Tunisia 1/25000 and the preparation of a GIS in the Department of Geography of the Digital Office of Surveying and Mapping Tunisian "OTC".

• As of March 2007 - December 2009: Geomatician in the Institut National du Patrimoine de Tunisie "INP" (conception and implementation of an interactive computerized archaeological map).

• As of March 2007: Researcher in Geomatics of Geosystems at the University of Manouba Tunisia (Research Unit of 02/UR/10-02/Géomatique Geosystems). During this period, I am responsible for creating and managing regional planning projects using GIS, spatial analysis, remote sensing and information system ...

• March-May 2007: Geomatician intern in the Office of Surveying and Mapping Tunisian "OTC" Department of digital geography. I am responsible for updating the map sheets of Tunisia 1/25000 and the preparation of a GIS.

• September 2003: Participation in training at the Institut National du Patrimoine of Tunisia "INP" for the restoration of the Roman mosaic at Bardo National Museum.

• September 2004 - April 2005: Creating a website mosaic collection of the National Museum of Bardo.

• January-February 2005: Participation in the inventory and restoration of the mosaic collection in the archaeological site of Carthage
• May-June 2005: Training of practical training in Roman mosaic archeological site Chemtou / Tunisia. Institut National du Patrimoine of Tunisia "INP".

• April-May 2007: Participation in the exhibition of the Higher Institute for Heritage Skills Tunis during Heritage Month.

• April-May 2010: Participation in the exhibition of the Institut Supérieur des Métiers Heritage of Tunis and the Institut National du Patrimoine of Tunisia "INP" during Heritage Month.

Bady ESSID Jaballah is an outstanding artist in the field of micro - mosaic. As an archaeologist on digs in Tunisia involved , he discovered his passion for the finest mosaic as they once were, about 2000 BC, found already in the former royal palaces of the Orient. With huge expertise and incredible stamina he creates wonderful works . Whether by their own design , or for a photo submission , a painting " Old Masters " , his works have their own charm and can compete with any other art form .

Whether as an inlay on tables , on walls , or floors, or even in swimming pools and as fountains, the application areas of its micro - mosaic technique is as varied as the people themselves , which can be finished of his works to him .

His works are found in many private and public buildings in Tunisia. With its first exhibition in 2013 in Baden -Baden he now has piqued the interest of his German fans here rather little spread mosaics. His very special incredibly complex technology can compete with any paintings of the Old Masters . in great detail amorous legwork create new works of art of great beauty .

In addition to classic fine mosaics created by the special micro - mosaic technique and depending on the purse beautiful works of rare value . The intricacies and even the materials to semi-precious stones or precious stones, it will work with each customer to make the heart beat faster , which is owned by one of his works .

We are a co-operative gallery of his abilities very enthusiastic , so we want to give the prospective customer by Bady ESSID Jaballah here in Germany a competent contact point for these wonderful micro - mosaics.

His works are very expensive made ??to customer specifications and ultimately radiate the charm of its owner from . Whether it be a prefabricated , rather smaller work , such as how a painting , or a big beautiful inlay on walls or floors on the ground that you determine . The choice of subject , the subtleties or the stones used are set apart from the question of cost , virtually unlimited.

“Neptune with his horses”

“portrait of a woman ”

“rosette with a bird”