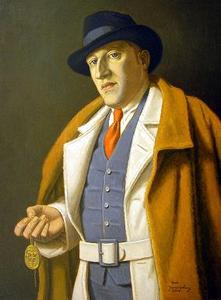 1937
Born in Kibbutz Yagur, Israel
1964
Received a scholarship from Helena Rubinstein Fund and travelled to

1970
Returned to Israel and has since presented solo exhibitions in Tel-Aviv,

themes such as landscape, nature, still-life, portraiture, and interiors.

Yacov Gabay works in a variety of techniques, but primarily oil painting. He is a member of the Israel Association of Painters and Sculptors. He often appears in Israel Art magazines, journals and newspapers. He has also appeared in Israeli art books.

oil on canvas paintings by the artist Yacov Gabay