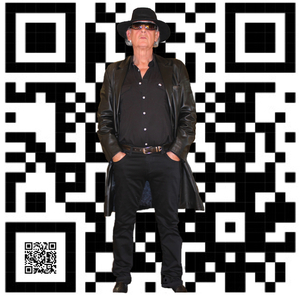 He spent his childhood in Wriezen 50 km. Berlin fleeing for Second World War, where he lived until the end of the war traumatized by the Postwar. In a space of just 14 square meters he and his family view the devastated city of Berlin and by collecting scrab metal from Berlin´s ruins he trade for survival. With the desire to rebuilt his city he decided to study Arts in Kunstakademie in Berlin, where one of his teacher was Fritz Reuther. He also studied Architecture in Basel and Berlin. Due to the impact of the Second World War broke into the youth of the time, was an active member of the student movement of 68.
His first creations, following his ideas, focused on the field of painting in the 70's.
In 1972 he established his own prolific architectual business, but the limited opportunity for creative freedom, he decides to close his company at the best time of it. He called Kreator's career, style, from the "dripping", "Informela Abstration" and large movements as a work of creation.
Happens later to found in 1994, "Friedrich Foundation-Berlin." In 1998 with the prestigious museum in Cologne, Germany, the Ludwig Museum performed the retrospective, where Cuban culture expresses their ideas, then supported by Hermann Noack foundry bronze family company , multidisciplinary artist meets the most stringent criteria in German culture . Exhibitions with Helmut Schober, in Angel Orensanz Foundation, Inc. New York where held, expressing Darwinian and pantheistic belief. Fred Friedrich rejects any religion (as they are more unpredictable, more dangerous and more deadly than the bomb itself, "says). With the Israel municipality in Berlin, was celebrated the fiftieth anniversary of the birth of Israel, with the exhibition "Position Israel", during this exhibition 18 Israeli artists, show how cultures are oppressed and relegated recurring impact on our society. Below presents a homage to Wolf Vostell, his great friend and companion. Subsequently, more exhibitions happen in 2009 in Marbella, Spain, was performed at the prestigious Museo Cortijo de Miraflores, sustaining its drama, its chaos, its reaction to the changing ways that are inherent in a mystical order, fractal future apparent signature.