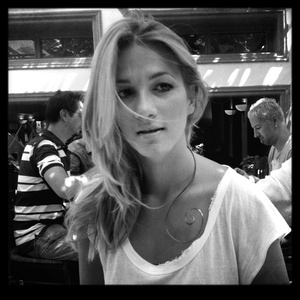 Profile
She was born in 1983 and she was raised in Athens. Eliona studied journalism in Antenna College and worked as a radio producer in some of the most popular radio stations in Athens. She also studied free style painting in Aredu School of Art, and took part in several group exhibitions with her paintings. She is painting since 2007 but her creativity is also expressed through jewellery creations and her line 'Protection Symbols' is a characteristic sample of her work.

“She is the lady”