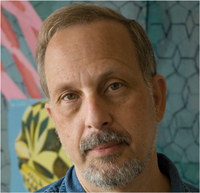 Alan Singer studied at the Art Students League,
and The Cooper Union where he received his BFA.
Graduate study began at Cornell University for his MFA,
and he won scholarships to attend Yale University at
Norfolk, CT, Boston University at Tanglewood, MA,
and The Skowhegan School of Painting and Sculpture in
Skowhegan, ME.

In 1982, he designed and illustrated an award winning
series of U.S. postage stamps honoring the 50 State Birds and Flowers with his father, the noted wildlife artist, Arthur Singer.

Alan has worked with publishers as an illustrator including
The National Geographic, Delacorte Press, Putnam’s,
Random House, and Reader’s Digest. He has written
and designed publications: State Birds, for Lodestar Books,
and Botanica 2000 for Sonnenberg Gardens. in 1999,
Rockport Press published his book “ Wildlife Art”, and he
is currently developing “ Studio Practice “ a book devoted
to interviews and practical advice for working artists in
America.

Alan Singer’s art has been featured in exhibitions at The Smithsonian in Washington D.C., The Norman Rockwell Museum in Stockbridge, MA, and the Everson Museum of Art in Syracuse, NY with numerous solo and group shows in galleries primarily in the east.