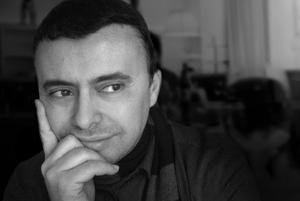 Born in Montevideo Uruguay, Alvaro Montagna has had a passion for art and photography since youth. With his education in art (BFA, Kean University) Montagna has held creative and design positions at top creative agencies where he worked on prestigious accounts such as BMW, Land Rover and Mobil.

His corporate design career ranged from the Creative Director role at Gemini Sound Products, an international sound equipment company, where he traveled the globe, to the establishment of his own design agency.

During this time, Montagna also became an adjunct professor at Kean University while his photography and art ventures began to take more of his time and interests. Works in his first series, entitled "From The Trees," are mixed-media photography, painting and collage work, which look deeply into the life of trees, reconfiguring their shapes and patterns to create new meanings and relationships. "From The Trees" received worldwide recognition by placing in the top 10 select finalist in the "Art Takes Times Square," a prestigious competition where over 35,000 artist worldwide participated. "From The Trees" was displayed on the iconic Times Square jumbotrons.

On May 17, 2013, "Life After Life," Montagna held his first solo exhibition in New York, featuring his new work. His work was displayed in the New York Times in an art exhibition introducing Latin American artist. Alvaro has had 3 solo exhibitions in New York City. In the month of July of 2014, Montagna attended the Rancho Paradiso artists residency in the Yucca Valley.

These pieces begin with a search in nature, with introspective walks in the woods or fields where Montagna seeks out specific root formations and captures it with photography. Back in the studio, he digitally isolates it from its surrounding to reveal the form of his original vision and his discoveries in the process.