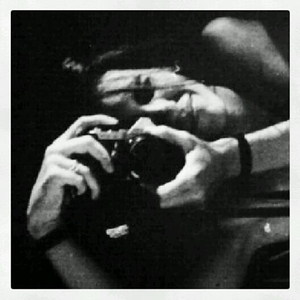 Ana Devora aims to illustrate how reality changes depending on an individual ?s geographical background and social point of view, in contrast with what is shown to us as everyday reality, whether that might be through private life or through the media. The main point to bear in mind for the artist is the interaction between people from both outside and inside the lo- cal community, investigating concepts surrounding the absence of communication, she means all that is hidden in the pro- cess of the relationship between others. The different points of view that each person has in psychological or geographi- cal terms. The wallls that each person puts in front of themselves, consciously or uncounsciously, most often due to fear provoked by a particular situation. Her projects revolve around a psychological open debate which invites the individual to reflect and consider the communication, or indeed lack of communication that exists between individuals. In each project, she follows a specific route between key locations, whereby each stop presents a different scenario in a different location, and each person that she comes across on this journey has the potential to feature as a character in her work. Her aim is to expose everything that the human eye does not normally see, everything that is hidden in each individual, and is never shown or observed, going against everything that we know and everything we are led to believe, a reality that in a certain way, is interpreted in a very objective manner which can either seem real or pretend to be real.
Cinema was basically viewed as a fairground attraction but also as an art form thanks to the fact that it turned out to be a perfectly good medium for telling stories.
She uses the technology that fascinates her or that suits her purpose in each project; the cinematographer is the one who needs to be inspired by it, because more important than the technology is the mentally, the ideas and how to aproach the best to the public.
She gained the experience of filming reality with a cinematographic eye, even if she is filming a documentary, she comes up with something in her mind and then she tries to find that in reality.
Her background as a painter and photographer allows her to frame and light the scene, giving to her projects an specific and artistic point of view mixing reality and fiction.
Ana Devora (1987) is a Spanish Cinematographer, Filmmaker and Visual artist. According to her own website, her work is a reflection on the grammar of cinema and the relationship between visual art platforms and film festivals. Devora uses situations taken from reality in such a way that the public space seems to become a gigantic film set or for the contrary she recreates with the Production Designer and lights the perfect stage. With her key eye for photography, she creates a new cinematic reality. As a cinematographer she usually modulates the light. In short, she creates a very specific style for each film, and she slowly started to drift away from her own rules to achieve a specific look that matches the storytelling.

ana hasn't uploaded any images yet. Please check back soon!