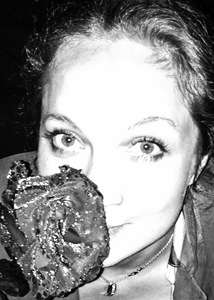 Russian-born artist Altas Yulia was one of a handful of international artists who was chosen to exhibit her artwork at “La Grande Exposition Universelle” to be held inside the Eiffel Tower, “Gustave Eiffel” Hall and Louvre in Paris, October 2014.
Altas’ works have been showcased in New York at the Caelum Gallery in 2012; Spanish Society Benevolent Gallery in 2012 and 2013, she was one of a handful of international artists that exhibit in 2013 at the Miami Iron Side - endorsed exhibition entitled “International Biennale Artists Exhibition Miami, IBAEM,” an event produced by The Art Marketing Mind, LLC.; at the Elena AB Gallery Tribeca in NY, July and September in 2013; at the Chelsea Eye Gallery in NY in 2013. For a whole year (2014) MONTSERRAT CONTEMPORARY ART GALLERY in Chelsea, New York, proudly presents her artworks in public showroom for international group exhibitions and for sale.
In July 2014 she was one of a handful of international artists who was chosen to exhibit her name and work on 25-story-tall video billboard above the American Eagle right in the heart of Times Square, Broadway, New York City, exhibition entitled “See Me take over Times Square” art show endorsed by See|Me Group, Inc.
Two of her artworks have been selected for the 2nd International Biennale of Art of Palermo. PALERMO (SICILY) - FLORENCE (TUSCANY). The historical Palace Sant’Elia and some exhibition halls of the Museum “Reale Albergo delle Povere” will become the exhibition Place for International Artists. They are two of the most important exhibition venues of Palermo. Florence (February - March, 2015) inside the exhibition space of gallery “Casa di Dante Alighieri.”
This edition will boast the presence of 3 famous Art Critics: Vittorio Sgarbi, Philippe Daverio and Paolo Levi. An events produced by ASSOCIAZIONE SOCIO CULTURALE EA EDITORE, gave her opportunity to participate her art in Tokyo Gallery NIW, Japan in 2015, an event produced by Fine Arts Chair New York Realism Fine Art.

• The Prize in for the Artists that are worth for their artistic merit. Awarding of the “Sandro Botticelli Prize” 2014.

• The Prize International Rome Imperial for the Artists that are worth for their artistic merit.

• Rome “Awarding of the International Prize Michelangelo - Artists at the Jubilee”

“And trees my love ”

“Morning in the mountains”

“Trees in the mountains”